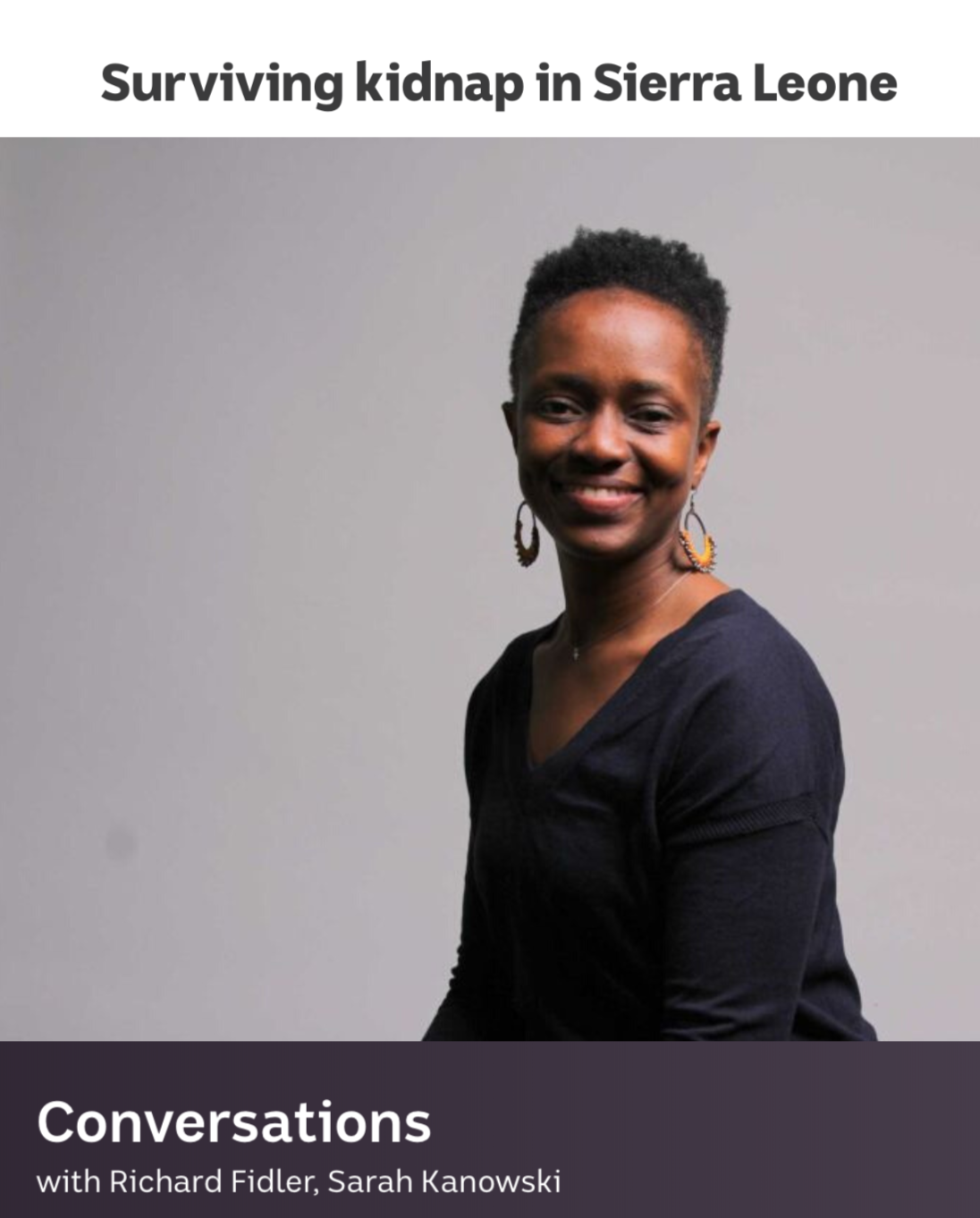 Have you had the chance to listen to Aminata's interview with ABC Conversations' Richard Fidler?

Aminata spoke to Richard last year in a special audio interview about her capture by rebel soldiers during the civil war in Sierra Leone.

She spent months on the road with them, surviving terrible trauma. She was eventually freed, but the surprising circumstances of her release meant she was still being hunted.

Listen to the moving conversation here.

This is very exciting news for the foundation that this conversation has been repeated from its first broadcast on July 2018.

READ MORE ABOUT WHAT WE'VE BEEN UP TO

Aminata Conteh-Biger has experienced some of the most extreme atrocities imaginable to any human being… And yet her story is one of dignity, positivity, and empowerment for women. Kidnapped from the hands of her father in Freetown, Sierra Leone, in 1999 at the age of 18, Aminata was held captive for several months by rebel […]

We are pleased to share some wonderful and very exciting news with you, Aminata will be addressing the National Press Club of Australia in Canberra on ‘Restoring Dignity to Humanity, One Woman’s Ultimate Purpose’ in partnership with Women in Media on May 25. We would love to see you there! Please click the box below to get […]

Our CEO and founder of Aminata Maternal Foundation recently shared her story as a refugee and as a mother with Marie Claire Magazine, Australia. Fleeing from civil war in Sierra Leone, Aminata speaks to Marie Claire how despite hardship and uncertainty she found safety in coming to Australia. To read the full feature please click […]

The courageous story of Aminata Maternal Foundation founder Animata Conteh-Biger: “Motherhood should mark a beginning, not the end” This article by Juliet Rieden is a look back at Aminata Conteh-Biger’s harrowing experience and how she turned that experience into something good. Find out how you can be part of Aminata’s bid to save mothers and […]

Walking for safe births in Sierra Leone This year, the walk focuses on a girl named Zainab and her struggles in giving birth in one of the most dangerous places in the world to give birth, Sierra Leone. Aminata shares information about this advocacy and how it helps mothers and babies in Sierra Leone. To […]