Education is a human right.

Without inclusive and accessible education that provide lifelong opportunities, the cycle of poverty leaves many children and adults around the world at a great disadvantage.

January 24th, the International Day of Education aims to recognise the importance of quality education for peace and development. According to the United Nations ‘... about 265 million children and adolescents around the world do not have the opportunity to enter or complete school’ and “less than 40% of girls in sub-Saharan Africa complete lower secondary school and some four million children and youth refugees are out of school.” 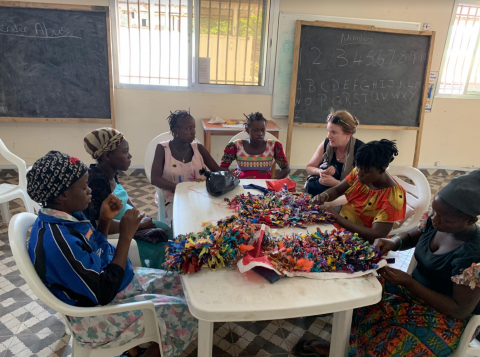 A Demographic and Health Survey - DHS conducted in Sierra Leone in 2019, showed strong correlations between a woman’s education and the likeliness for the health and survival for her and her child.

The report indicated that “children of women with no education are more likely to be underweight than children whose mothers have more than secondary education.” Education attainment is linked to the ability to access work opportunities, have financial independence and therefore her level of wealth. Thus, affecting access to healthcare, likelihood to vaccinate their baby, and access to family planning.

In 2015 the Sierra Leonean government banned pregnant girls from attending school after the spike of teenage pregnancies during the Ebola outbreak. The DHS found 44.9% of the girls have started childbearing by the age of 19. As a result, almost half of them are deprived of education. Since then, many organisations have fought against the ban recently challenging it in a Nigerian court in December 2019 which found barring pregnant girls from attending school was a violation of human rights. This ruling represents a landmark decision for the thousands of young women who have had to face discrimination, unable to attend lessons and exams, to continue their education. However, pregnant girls are still discouraged to attend school in SL.

The mission of the AMF Foundation is to support short-term, mid-term and long-term goals with the aim of improving maternal mortality outcomes for women and girls in Sierra Leone. The Foundation works in partnership with the Freedom From Fistula Foundation which runs the Aberdeen Women’s Centre (AWC) in Freetown.

Pregnant young girls are extremely vulnerable, some even find themselves homeless. The Training Hostel houses and educates them. 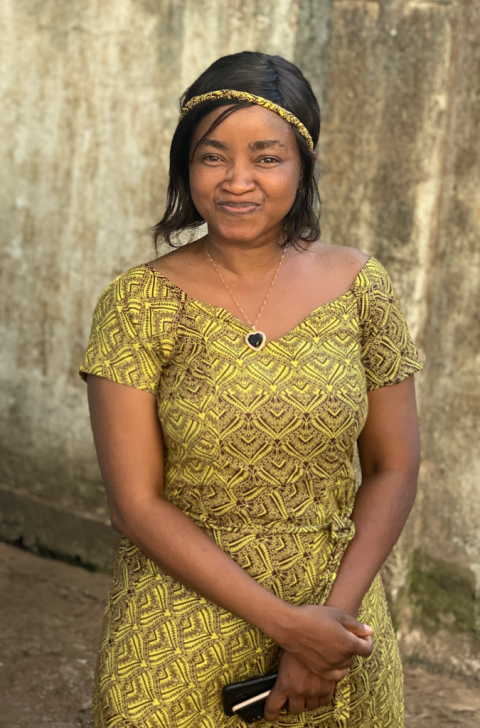 Aminata, the house manager for the ‘Training Hostel’ has an inspirational story of the empowerment education can bring to a woman’s life.

At 16 she was already married, pregnant, malnourished and living in grinding poverty, little education.

Now at 31, she is fluent in Mandarin, has two university degrees, including a Masters in Hospitality and Tourism from a Beijing University, she’s financially independent and unlike an estimated 65% of graduates, she has a well paying full-time job which she loves.

Read more about this topic:

READ MORE ABOUT WHAT WE'VE BEEN UP TO

Aminata Conteh-Biger has experienced some of the most extreme atrocities imaginable to any human being… And yet her story is one of dignity, positivity, and empowerment for women. Kidnapped from the hands of her father in Freetown, Sierra Leone, in 1999 at the age of 18, Aminata was held captive for several months by rebel […]

We are pleased to share some wonderful and very exciting news with you, Aminata will be addressing the National Press Club of Australia in Canberra on ‘Restoring Dignity to Humanity, One Woman’s Ultimate Purpose’ in partnership with Women in Media on May 25. We would love to see you there! Please click the box below to get […]

Our CEO and founder of Aminata Maternal Foundation recently shared her story as a refugee and as a mother with Marie Claire Magazine, Australia. Fleeing from civil war in Sierra Leone, Aminata speaks to Marie Claire how despite hardship and uncertainty she found safety in coming to Australia. To read the full feature please click […]

The courageous story of Aminata Maternal Foundation founder Animata Conteh-Biger: “Motherhood should mark a beginning, not the end” This article by Juliet Rieden is a look back at Aminata Conteh-Biger’s harrowing experience and how she turned that experience into something good. Find out how you can be part of Aminata’s bid to save mothers and […]

Walking for safe births in Sierra Leone This year, the walk focuses on a girl named Zainab and her struggles in giving birth in one of the most dangerous places in the world to give birth, Sierra Leone. Aminata shares information about this advocacy and how it helps mothers and babies in Sierra Leone. To […]