Simon Vaughan has worked in international development for the past decade. He is also a theatre maker.

With ten years of experience, Simon is a fundraising professional who has worked across a broad swathe of fundraising areas, raising millions for the organisations he has worked for. He currently works in the philanthropy team for Oxfam Australia.

Simon believes that the inequality and poverty that sees women in Sierra Leone unable to give birth safely is an injustice and that when we support organisations like AMF we are not simply giving to charity, but rather we are fighting injustice.

In his theatre life, Simon makes and performs work with the performance collective Applespiel which he co-founded. Together they have created and performed works for, among others, Sydney Festival, Festival of Dangerous Ideas, Malthouse Theatre, Arts House, Performance Space and Next Wave Festival. 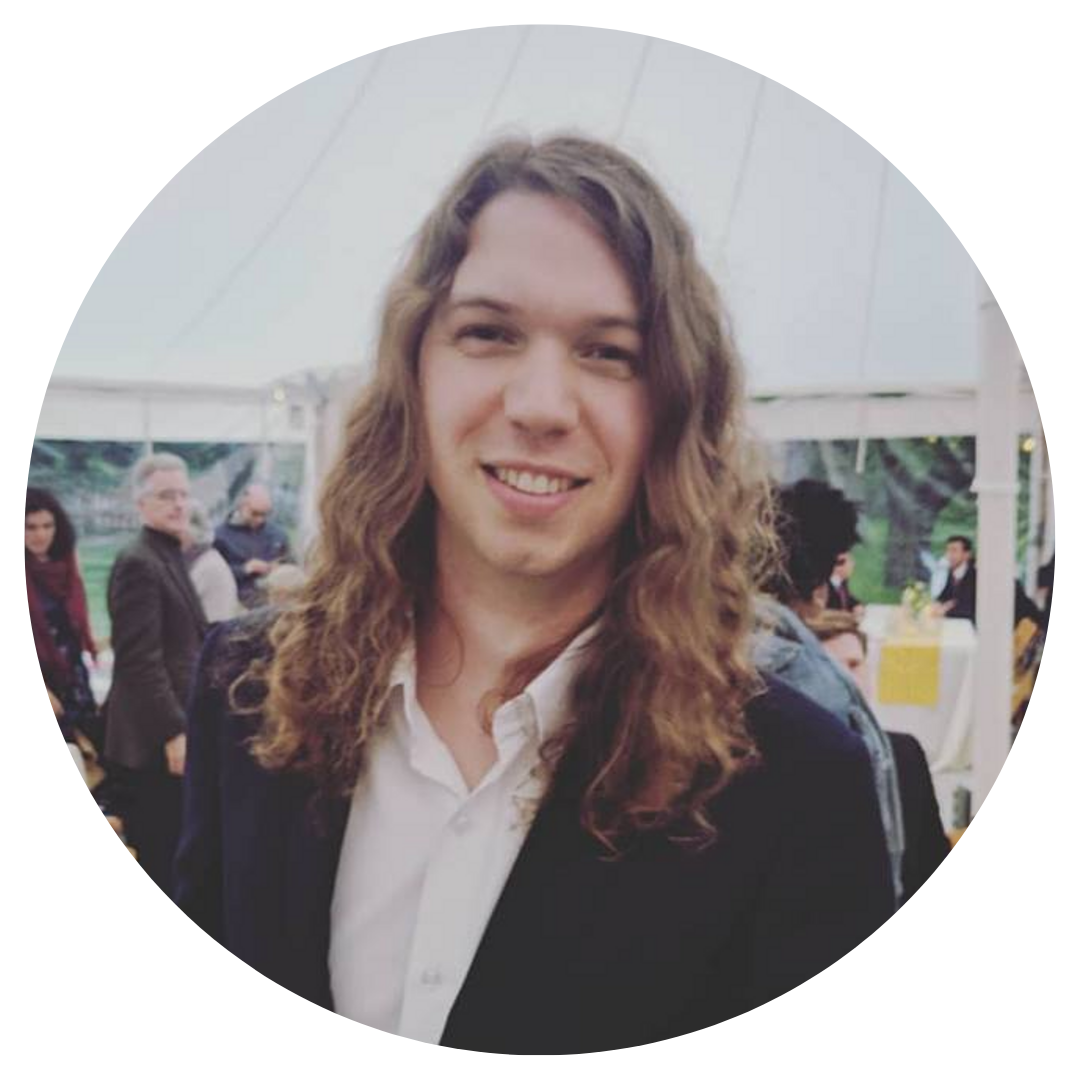 Here in Sydney as we find ourselves in an extended lockdown due to COVID-19, we can appreciate the access that Australians have to quality healthcare, warmth and shelter provided in our humble abodes (and the ability to stay connected via Zoom calls during periods of reduced face-to-face contact!).

In celebrating the 2021 United Nations World Population Day today, at the Aminata Maternal Foundation we are reflecting on how the rest of the world is managing with compromised health care systems. The area of sexual and reproductive health in particular is impacted as many countries are experiencing concern over changing fertility rates. United Nations Population Fund (formerly the United Nations Fund for Population Activities [UNFPA]), emphasises that educational, economic and political empowerment of women enables autonomy and control over choices regarding their body.

Did you know, only 55% of women have the power to make their own decisions about their bodies? The current pandemic has exacerbated gender-based inequities, notably in Sierra Leone as the teenage pregnancy rate continues to rise. During the Ebola crisis, teenage pregnancies in Sierra Leone saw a 66% increase and it is anticipated that another surge will result from the COVID-19 crisis. To combat this our Dream Team project collaborates with the Aberdeen Women's Centre located in Freetown, Sierra Leone to provide support to re-integrate teenage mothers into their communities post-birth.

We are so thrilled to announce that our CEO & founder @aminata_conteh_biger will be appearing at the 2021 @byronwritersfestival this August alongside some of Australia’s best and brightest authors. She will be appearing in 3 wonderful sessions. We cannot wait for these conversations with you all #ByronBay!!

@breakingglasspod New Episode Alert ⚡ Aminata Conteh Biger (@aminata_conteh_biger) grew up in a well-off family in the capital of Sierra Leone where her father prioritized education and opportunities for his six daughters. She had a happy and protected childhood until a truly devastating civil war broke out in her country resulting in the deaths of more than 50,000 individuals. She herself was kidnapped for seven months before fleeing as a refugee to Australia. Aminata’s own story of survival doesn’t end with the war. After rebuilding her life in Sydney, Aminata endured the traumatic birth of her first child which ignited a passion for maternal health. The founder of Aminata Maternal Foundation (@aminatafoundation), Aminata has raised hundreds of thousands of dollars and changed thousands of women's lives in Sierra Leone, which has some of the worst child and maternal mortality rates in the world.⠀⠀⠀⠀⠀⠀⠀⠀⠀
.⠀⠀⠀⠀⠀⠀⠀⠀⠀
#AminataContehBiger #SierraLeone #AminataMaternalFoundation #RisingHeartBook #MaternalMortality #InfantMortality #Healthcare #HumanRights #WestAfrica #WomenSupportingWomen #LiftEachOtherUp #ElevateWomensStories #GenderEquity #BreakingGlass #WomenLeadingTheWay #BreakingGlassPodcast #EvokeMedia #Womanhood #GlassBreakers #GlassCeiling #Global #WomensVoices #WomensStories #BreakingGlassCeilings #WomenEmpowerment ...

NEW RELEASE ✨Episode 3️⃣
Aminata Conteh- Biger is a woman, is a voice, is a presence, that every human needs to know. She is sunshine , epitomising strength and transforming any darkness she encounters into light. She has endured things that no person, that no woman should ever have to endure, and consequently, her presence in society illustrates that love and truth and shining pure hearts filled with goodness can and do and forever will, conquer. She is love in human form; a beacon of hope for us all.

🌟 In an effort to build connection and unify, @gennachanelle shares the voices of our earth angels - who are each deeply committed to healing our world. 🌟

She survived months as a sex slave and escaped to Australia as a refugee. Aminata Conteh-Biger can't change the past but now she's ready to help the future of her homeland, which has become the world's most dangerous place to give birth. (An SBS Production) CC #DaughterofSierraLeone #DatelineSBS #Documentary

A must-see documentary. To watch the full-length episode, copy this link into your computer’s internet browser: https://www.sbs.com.au/ondemand/video/881784387906/dateline-s2017-ep4-daughter-of-sierra-leone ...

We are very excited to announce the five contest winners of the poignant, humanistic memoir 'Rising Heart' & we wish you all a great read: @littlebisous @kirsty_brooke @uglyflatlaysx @lifewlinda @karthika.menon 💖💖💐

Congrats to everyone who participated! Let us express our gratitude, heartfelt thanks and appreciation to every one of you for the part you played and continue to play in fulfilling Aminata's vision and our organisation’s mission. Each day we are getting closer to our goals and by purchasing a copy of the book, you contribute to improving maternal and newborn healthcare in Sierra Leone.

We invite our winners to write to us by private and direct message on Instagram to provide us with their full name and delivery details x ...

Happy Mother’s Day from all of us here at the Aminata Maternal Foundation!💘
This Mother’s Day we showed you the harsh realities of what women face in Sierra Leone. The reality that they often arrive at hospital alone, without many possessions and often without anywhere to afterwards.

This is Alice, we showed you her hospital bag yesterday.

Alice is 30 years old, single and lives in poverty alone in Freetown. A few years ago, when Alice was pregnant, she could not afford to go to a hospital and unfortunately her baby died because she was in labour for too long. In 2020, Alice discovered that she was pregnant again. As soon as the father was aware, he left her. Alice had been sustaining herself by begging. This was her only means of surviving. While on the streets, someone told her about the Aberdeen Women’s Centre (AWC) and she came to be registered. When the doctors screened Alice, they found out, that she was expecting twins, meaning she would have a more complicated birth. Thankfully, unlike in the past where Alice gave birth without any support, at the Aberdeen Women's Centre she was able to give birth safely. On 4th May, she successfully gave birth to a healthy boy and girl.
This Mother’s Day keep in mind the mother’s and babies in Sierra Leone like Alice and her beautiful twins. They rely on our support to get the care and safety they need.

Read more and donate at:
https://aminatamaternalfoundation.org/mothers-day-appeal/

Thank you for your continued support🌷💫

This is Alice’s hospital bag. Alice is a 30 year-old single mother living in poverty in Freetown. She came to the Aberdeen Women’s Centre to give birth. When she arrived she found out that she was expecting twins which made her labour more far more dangerous and complicated. Thankfully, Alice was able to safely deliver her two beautiful twins. However, we want to draw your attention to Alice’s hospital bag. She simply arrived with a plastic bag. Inside the bag was a single blanket, a plate and a shirt.
In Sierra Leone, 1 in 8 mother’s die from child birth. In Australia, this figure is 1 in 8700. This devastating statistic highlights the reality for so many mother’s and babies in Sierra Leone. With your help, we can start to put an end to infant mortality in Sierra Leone. Motherhood should mark a beginning, not an end.
#amfmumsofmay #aminatamaternalfoundation #mothersday #hospitalbag #sierraleone ...

In Australia, when mothers prepare to go to hospital to give birth, preparing a baby bag is often an exciting novelty. We ponder on what we may need; a blanket for our new Bub, some baby wipes, clean pyjamas, toiletries, a phone charger for all the beautiful baby photos we are about to take! “Baby bags” in Australia is just one of the simple luxuries mother’s endeavour before giving birth.

Last week we asked you to have a think about some of the items you would take to the hospital in your baby bag. Take a look at this Mother’s hospital bag and baby bag and note all the bits and pieces we usually bring with us to Hospital🏥

Also note how nappies are not needed to bring to Australian Hospitals for childbirth as women are provided with premium branded nappies upon their departure. Simple luxuries such as these make us realise how lucky we are in Australia to have access to supportive health care, 24/7 access to health services and we can even arrive in emergencies by ambulance in a timely fashion!

For the month of May, we celebrate all mums 🤍 no matter what form they take, in all their care and nurturing of others or any form of terrestrial life.

We are giving away up to 5 copies of Rising Heart as a prize for both the winners and the winning tagged account(s).

Winners will be drawn and notified after Mother’s Day. This competition is in no way sponsored, endorsed or administered by Instagram. If you get contacted that you are the winner of this competition, please check to make sure the account contacting you is legitimate before giving out any personal details.

This error message is only visible to WordPress admins


Error: API requests are being delayed. New posts will not be retrieved for at least 5 minutes.