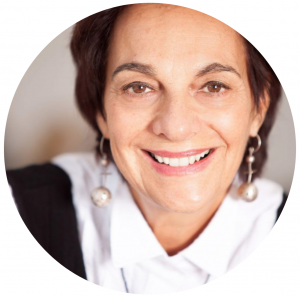 Ros Horin, director, dramaturg and writer has been an important figure in Australian theatre.

For twelve years Ros was the Artistic Director of Sydney’s Griffin Theatre Company where she established the company’s national reputation as the home of high quality, bold contemporary Australian theatre, developing and directing over 30 new Australian plays, many of them now considered Australian classics.

Her directing career spans three decades, during which time she has directed productions for nearly all of the major Australian theatre companies. She has always had a passion for thoughtful, provocative contemporary writing, engaged with important social, political and personal issues.

Ros now has her own production company, devising, directing and producing theatre projects, such as the highly successful and award winning play Through the Wire about the refugee experience in Australian detention centres.

Her most recent Theatre work The Baulkham Hills African Ladies Troupe a celebration of women, human rights, and resilience was a triumph! It played four separate, packed out seasons in Sydney, toured to London and returned for another season at the Sydney Opera house.

Ros then established Reflex Film Productions to Direct, Write and Produce her first documentary film, also called The Baulkham Hills African Ladies Troupe. It was shot and developed from the material she gathered over 5 years of working with traumatized refugee women to make the play.

The film premiered at both the Sydney film festival and MIFF (the  Melbourne International Film festival) where it won 3rdaudience favourite award.

Sadly, this is the reality of pregnant mothers in Sierra Leone.

Let us help end this by learning more about what the foundation does. Please click the link in our bio. 💛

Last month, the teenage mothers in the Dream Girls program graduated after 6 months of education and skill training, which will allow them to move towards internships that will help them take responsibility to forge a new life for themselves and their babies. This will empower them for a life that is full of possibilities.

Together with our partners, The Aberdeen Women's Center and @freedomfromfistula, the Aminata Maternal Foundation would like to thank you for making this possible!

Sierra Leone has a critical shortage of obstetricians. Populated by more than 7.8 million people, the country only has 8 obstetricians. This shortage is a significant cause of high maternal mortality. The Aminata Maternal Foundation is determined to work with the national government and our partners to build midwife capacity.

How has the "Rising Heart" book changed you?

As our powerful CEO and Founder Aminata Conteh-Biger shared in her National Press Club address in May, this book contains the her unbelievable life story that inspired her life's ultimate purpose and the making of the Aminata Maternal Foundation itself.

If you have not gotten your hands on this life-changing book, please do so. If you already have, please SPREAD the word to your family and friends.

Let us be inspired. Let us spread the word, Click the link in bio to get your own copy.

A small help can go a long way. For every $250 that you donate, you help make birth safe for a mum and her baby. We are truly grateful for continued support.

Our CEO and Founder, Aminata Conteh-Biger, addressed the nation at the National Press Club on 25th May.

Her talk was full of emotion and raw vulnerability as she inspired the audience with her tragic story, and made her brave plea in asking for help to support the Foundation in saving mothers' and babies' lives in Sierra Leone.

To continue to save lives, we now need:

1. Sustainable giving in the form of corporate sponsorship, regular donations and workplace giving
2. Connections and contacts: access to people in networks who believe in our work
3. Diversity budgets and workplace giving in governments, mining companies, pharmaceuticals, doctors, obstetricians, and midwives.
4. Professional pro-bono service offerings
5. Support the Foundation by buying Aminata's book Rising Heart and, engaging Aminata as a keynote speaker